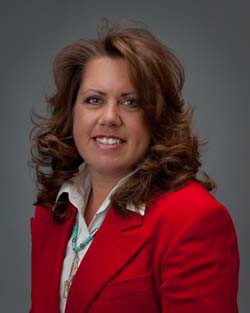 For over a decade, Ms. Cochran has built an exceptional understanding of Indian law by serving in high-level positions throughout Indian country, such as Special Counsel for Indian Affairs in the New Mexico Attorney General’s Office and her previous role as General Counsel for the Pueblo of Pojoaque.

Cochran is eager to begin her role in the regulation of Indian gaming and to promote the integrity of the growing industry. Cochran commented, “My career as a public servant has included work for tribal and state governments, so this will be my first opportunity to serve the federal government. Gaming is unquestionably a vital component of tribal economies, which is one reason that I am so excited about this opportunity.”

Ms. Cochran is an enrolled member of the Chickasaw Nation of Oklahoma. She received her Bachelor of Science from Oklahoma State University, her Masters in Public Administration from George Mason University, and her Juris Doctorate from American University.