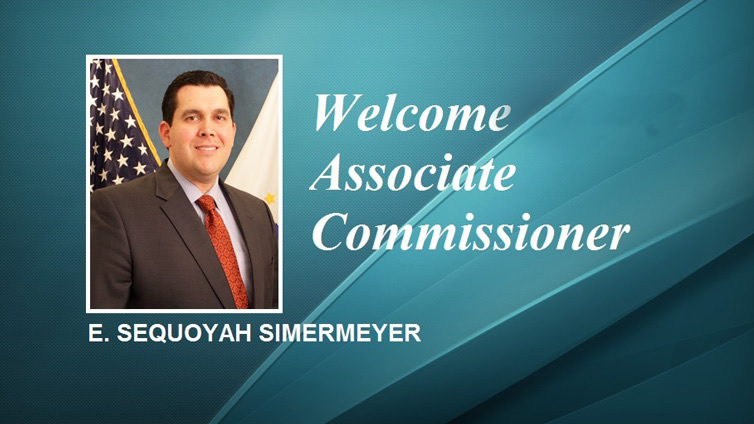 "Sequoyah joins a team of talented and hardworking public servants who are committed to creating greater economic opportunities and upholding the highest ethical standards when it comes to Indian gaming," Secretary Jewell said. "His wide range of experience and expertise in Indian Affairs makes him a very well qualified person to help the commission oversee these important responsibilities in Indian Country."

Prior to joining the NIGC, Simermeyer was the deputy chief of staff to the assistant secretary for Indian affairs. In this position, he focused on a wide range of national policy issues, including land into trust, tribal governance and economic development. Simermeyer recently completed a one-year assignment with the Majority Staff of the U.S. Senate Committee on Indian Affairs where he authored legislative proposals, wrote committee reports and conducted extensive briefings on legal and policy matters related to Indian Country. Simermeyer also served as Counselor to the Assistant Secretary for Indian Affairs at the Department of the Interior, first appointed during the Bush Administration in 2007.

“I want to personally congratulate Sequoyah Simermeyer on his appointment to the NIGC,” said Chairman John Barrasso of the U.S. Senate Committee on Indian Affairs. “He has been a valuable member of our team at the committee and I know he will do well at the NIGC. Sequoyah’s hard work and expertise have made him a strong advocate for issues essential to Indian Country.”

Simermeyer will join Chaudhuri in the implementing the NIGC’s priorities and principles in their efforts to faithfully implement the Indian Gaming Regulatory Act.

“Sequoyah brings extensive Indian policy background to the commission and he will be a great addition to our team,” said Chaudhuri.  “I very much look forward to working with him and I know he will be instrumental in keeping the NIGC on its current path of success.

“I am excited to join the NIGC team and become an active member of the Commission,” said Simermeyer. “I look forward to working with Jonodev to perform our regulatory duties and strengthen the dialogue and relationships with all relevant stakeholders in our efforts to ensure regulatory compliance and gaming integrity.”

Secretary Jewell appointed Simermeyer following publication of his proposed appointment in the Federal Register, which began a 30-day comment period, and a thorough review of all public comments received.

The National Indian Gaming Commission is committed to the effective regulation of the Indian gaming industry spanning more than 450 gaming establishments, associated with nearly 242 tribes across 28 states. The commission’s dedication to compliance with the Indian Gaming Regulatory Act ensures the integrity of the $28.5 billion Indian gaming industry. To learn more, visit www.nigc.gov and follow us on Facebook and Twitter.