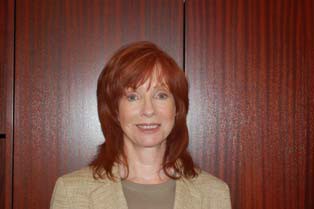 Washington, DC May 21, 2010 — Acting General Counsel, Penny Coleman announced she will retire from federal service effective July 2, 2010.  Coleman began her federal career in 1981 with the Department of the Interior’s Office of the Solicitor, Indian Affairs division.

Coleman was appointed as Acting General Counsel during the Clinton administration and she remained in this position through the Bush administration and into the Obama administration. Working for the Commission since 1994, she developed the Commission’s legal policies on sole proprietary interest, management without an approved management contract and Indian lands. Before that she spent 13 years in the Division of Indian Affairs, Office of the Solicitor, within the Department of Interior. There she represented the Department on gaming, federal acknowledgment, child protection, education, tribal government and other matters.

Acting Chairman, George T. Skibine noted, “Penny Coleman has been a part of this agency from the beginning and she has developed an exceptional understanding of the Indian Gaming Regulatory Act and other related federal laws and regulations.” Skibine continued, “Penny’s contributions to the Commission have been a foundation on which the agency has grown along with the industry. We hope her future is as bright as her past.”

Ms. Coleman said, “Although I am looking forward to retirement, I will miss working for the NIGC and with the tribes. This has been a very rewarding experience which I will remember with appreciation.”

Ms. Coleman is originally from South Dakota where she attended college and law school. Before becoming an attorney, she worked as an English teacher in Minnesota and a director of public relations in Aberdeen, South Dakota. She also worked for the State of South Dakota on an experimental program for the delivery of social services. During law school, she interned at the State Attorney’s Office in Deadwood, South Dakota, and at Legal Services on the Crow Creek Reservation.